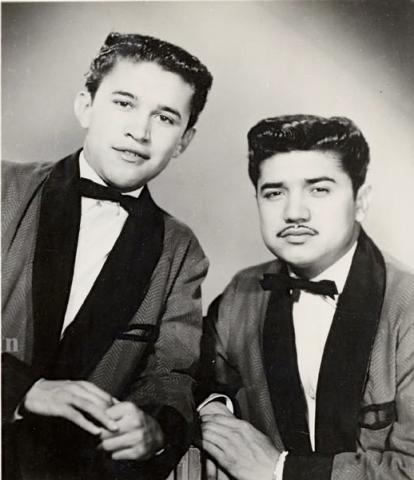 My parents owned a dance hall (patio) in the 1950's. They played regularly at my parent dance Hall ""El Junior's Patio" in Kingsville, Texas.
They would play on a regular basis, they still had there original used instruments they started with. I was just about 7 or 8 years old but I know they made a deal with Lula, my Mom, to buy them there first set of new instruments. I remember going with my father to Corpus Christi to get them the instruments. They played on a regular basis at Junior's Patio, they made a deal with my parents to deduct a certain amount of the cost until they repaid my parents. This story has never been told but they really got there start in Kingsville at the Junior's Patio. My name is Augustin (Junior) Collin and I'm 74 years old and live with my wife Rosie (Galvan) Collin, her uncle Bobby Galvan owned and operated Galvan Music until recently when he had a stroke.