Santiago Almeida was an exceptional bajo sexto player who gained a historic place in the pantheon of Mexican-American music as the pioneering partner of famed accordionist Narciso Martinez. Together, the duo would shape the style we know today as conjunto music, with the accordion and 12-string guitar as its instrumental core.

Almeida was born on July 25, 1911, in Skidmore, Texas, a town of 1,000 residents at the time, located between San Antonio and Corpus Christie. His family were farmworkers who played music in their spare time. By the time he was a teenager, Almeida had learned to play the bajo sexto, a 12-string guitar built with bass strings in six double courses, or rows. At 14, he was playing along with seven brothers in the traveling Almeida family orchestra, which performed at dances in towns all along the Lower Rio Grande Valley.

La Orquesta Almeida was one of the so-called “orquesta tipicas” popular in those days, consisting of clarinet, flute, bajo sexto and string bass. Because they provided the entertainment at a wide variety of social functions, orchestra members “had to be familiar with just about every type of dance tune popular at the time,” writes Chris Strachwitz in his liner notes to the LP Narciso Martínez: Father of the Texas-Mexican Conjunto, a compilation released by Arhoolie Records. “The tunes in those days were not as simple as they are today; they had more involved chord changes and modulations which only a musician well-trained in the repertoire could master.”

It was in the mid-1930s that Almeida teamed with Martinez, and the duo developed a unique style of playing together that helped shape the sound of conjunto music and influenced generations of musicians to come. Martinez became known for his distinctive style on the accordion that emphasized the right-hand melody, at the expense of the bass side of the squeezebox. But for his new style to work, Martinez had to depend on Almeida to pick up the slack, playing bass and harmony parts on his bajo sexto. This innovative technique gave the duo its trademark sound—one that earned them the reputation as the founders of the modern Tex-Mex conjunto.

Indeed, Almeida was much more than just a back-seat accompanist to Martinez, even though the accordionist gained more celebrity and enjoyed a longer career, later as a solo act. Fans and students of the genre also recognized Almeida for his musical contributions. 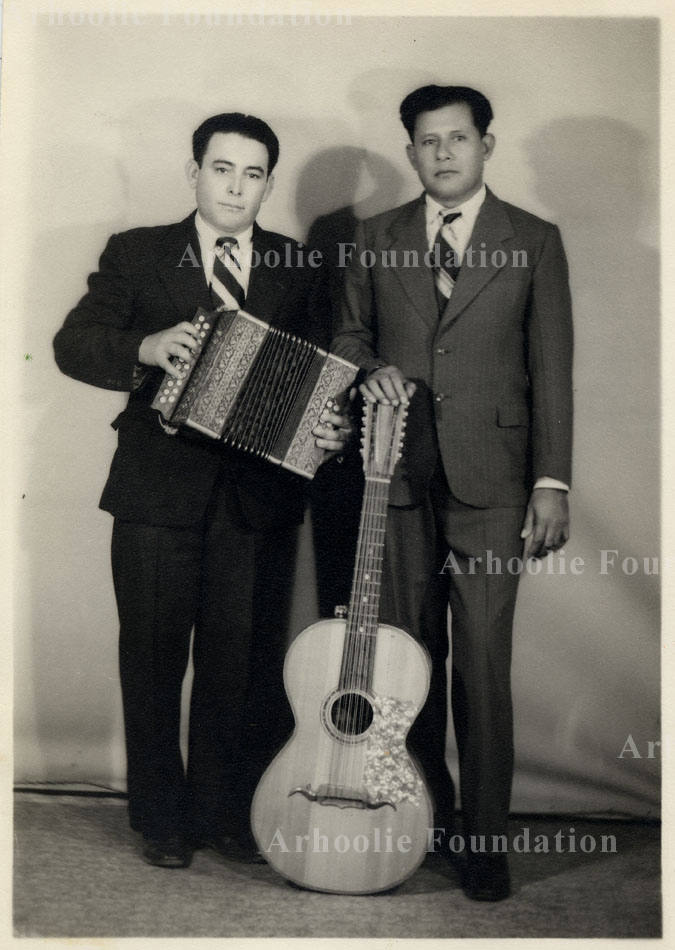 “Almeida played the accompaniment for the innovative accordion leads of Martínez, but was also an innovator himself,” states a biography posted by the National Endowment for the Arts when it named Almeida a 1993 National Heritage Fellow. “He played in all keys without a capo, using a technique similar to what is known today as cross-picking. He used a three-note ‘bass arpeggio,’ alternating each bass note with a single higher drone note, all at a relatively high speed. This technique is especially effective in accompanying waltzes and huapangos, but can also be applied to the performance of other musical styles.”

In 1936, a year after Almeida and Martínez started working together, a local merchant by the name of Enrique Valentin heard them play and persuaded them to go to San Antonio to meet Eli Oberstein, the recording director for the Bluebird label, an RCA Victor subsidiary. On October 21 of that year, the pair recorded their first 78-rpm single for the Bluebird label: a polka titled “La Chicharronera” and a schottische, “El Troconal.” Experts regard these as the earliest recordings of modern conjunto music. The A side, translated as “The Crackling,” was an instant hit and remains a standard of the genre.

During that marathon session, they recorded a total of 20 songs at the Bluebonnet Hotel in San Antonio, where labels would set up mobile recoding studios. According to one source, the two musicians were paid $150 for their work, of which Almeida received a third. The duo would go on to make more than 60 records for Bluebird between 1935 and 1938, including redovas, polkas, huapangos, schottisches, and mazurkas. The pair soon “became the most imitated and sought-after conjunto musicians in South Texas,” according to the NEA.

Almeida and Martinez continued to perform together into the 1940s. They toured extensively and were in demand as studio musicians to back up popular singing stars of the day. The duo also continued to record together for independent labels, mainly Disco de Oro and Ideal Records, where they became “the house instrumentalists,” as described on the website for American Sabor, a Smithsonian exhibition. “During their time there, they recorded hundreds of songs with many musicians and vocalists also involved in the development of conjunto and Tejano music.”

Almeida stayed with Martinez until 1950 when demand for conjunto music started tapering off. The guitarist first moved to Indiana but even 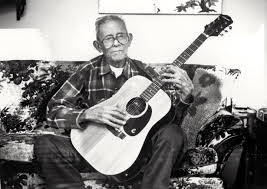 tually wound up in the state of Washington where he and his family made a living picking apples. He settled in Sunnyside in the Yakima Valley, a hub for Mexican-American migrants in the northwest. He started teaching music and mentoring young guitar players interested in his distinctive style. He continued to play his bajo sexto for family events and for dances at the local Assembly of God church, where he was a member.

During retirement, Almeida fell into such deep obscurity that fans and friends back in Texas thought he had died. However, his reputation was revived in 1987 when he was inducted into San Antonio’s Conjunto Hall of Fame. Six years later, his home state honored him with the Governor's Arts and Heritage Award, recognizing artists for their contributions to the creative vitality of Washington. That same year he became the first Washington resident to be named an NEA National Heritage Fellow, which earned him a $10,000 award from the NEA.