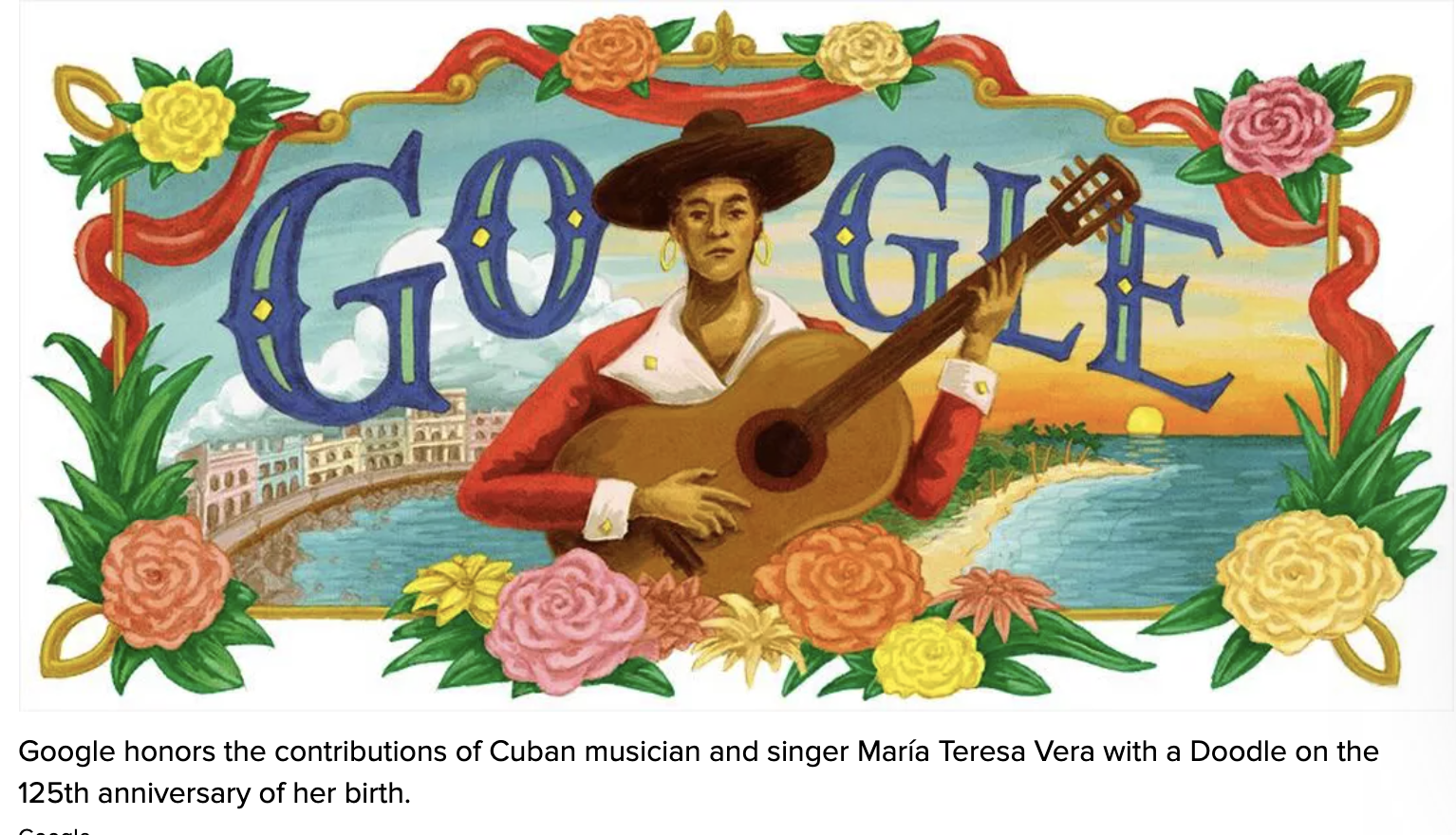 The bolero may not be what it used to be, but as they say in show business, it had a great run. Plus, a great revival or two.

Read the full article...
The Eternal Bolero, Part 2: Songs I Learned in College 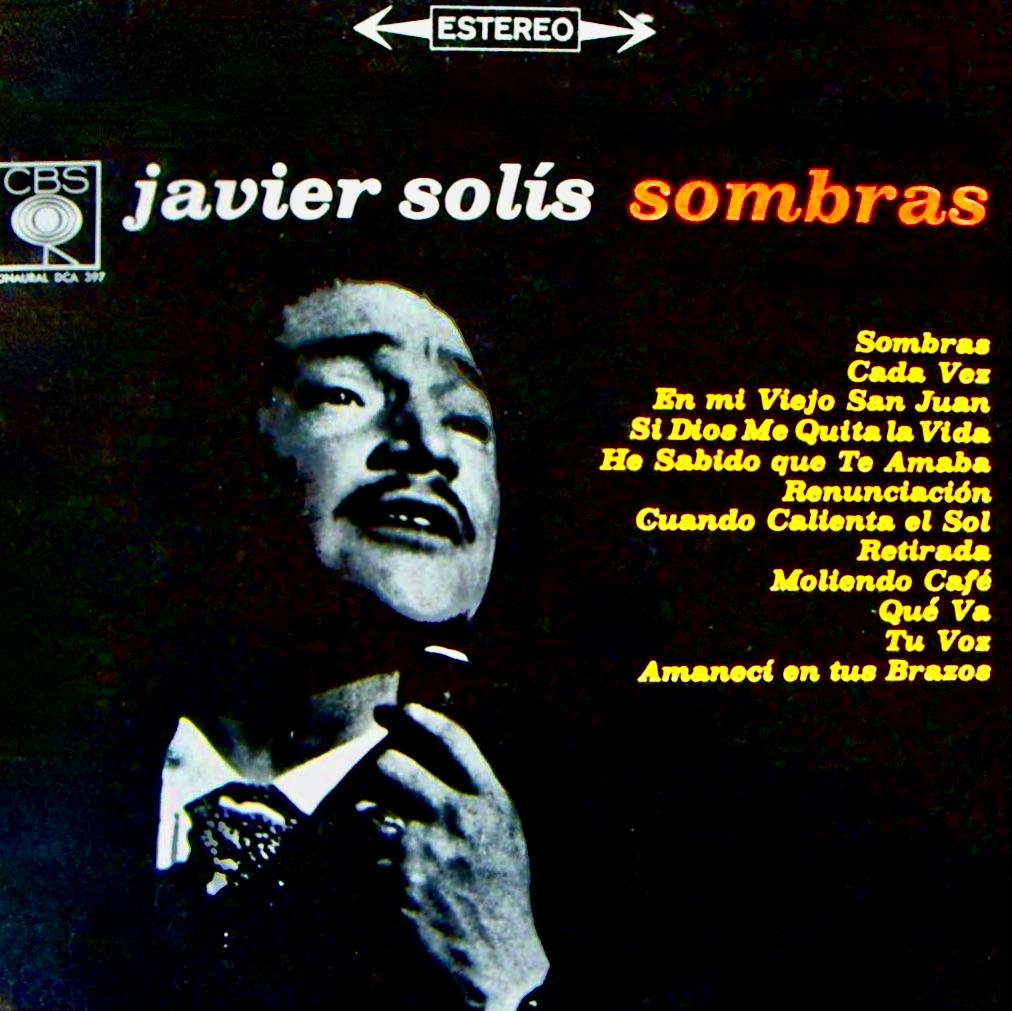 In the first installment of my three-part series on the bolero, I offered an overview of the romantic genre and highlighted songs I had learned from my parents as a ch 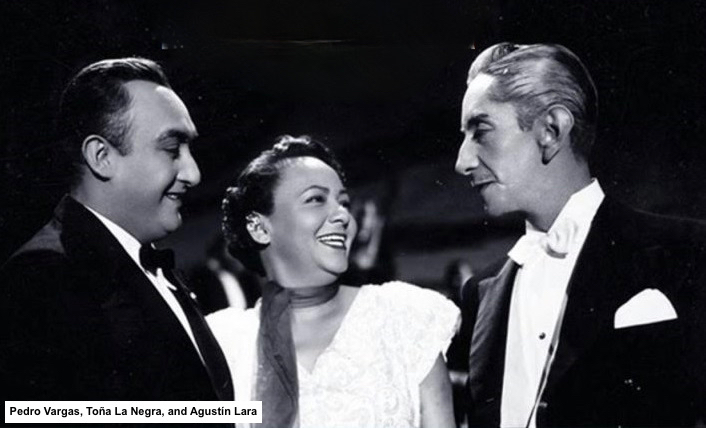 The bolero is one of the top song styles from Latin America, as ubiquitous as the tango, the mambo, or the bossa nova.

In late 2019, Los Tigres del Norte released a live album that marked a milestone in their storied career. The two-CD set captured the band’s historic performance at Folsom State Prison, staged to commemorate the 50th anniversary of the legendary concert by country singer Johnny Cash at the same notorious penitentiary. The Tigres event was also filmed for a Netflix documentary, released along with the album on Mexican Independence Day. The music business is bloated with award shows that serve as mass marketing events, meant to magnify artist exposure and, hopefully, boost record sales. But there are certain honors that have a timeless impact beyond immediate commercial gain. These are tributes that, rather than publicity, bestow prestige on artists and serve to enhance the legacy of their recordings.
Such is the case with the National Recording Registry (NRR), an exclusive roster curated by the Library of Congress for recordings deemed of special historical significance. Since 2002, the registry has annually added recordings considered to be “audio treasures worthy of preservation for all time based on their cultural, historical or aesthetic importance in the nation’s recorded sound heritage,” according to the program’s website.
Read the full article...
La Adelita, Part 2: From Pop Commodity to Historic Hero Editor’s Note: In this part of the story about La Adelita, we meet some of the real soldaderas recognized as revolutionary leaders, review some of the sexist portrayals in modern media, and close with the restoration of this woman warrior as a universal symbol of liberation.
Read the full article...
La Adelita, Part 1: Feminist Fighter or Chauvinist Creation? Many countries have iconic images and unofficial anthems that capture the essence of the national spirit. In the United States, there’s the high-stepping tune “Yankee Doodle Dandy.”  Sometimes, just a few words are enough to evoke a familiar cause and its historic significance. Rosie the Riveter. The suffragettes. The colonial minutemen. We can easily picture them in our mind’s eye, with any attendant nostalgia or national pride.

In Mexico, one iconic female figure embodies that cultural and historic significance. La Adelita, a mythical composite persona, represents the thousands of unknown women who joined the Revolution of 1910, playing various key roles in the popular uprising that overthrew the Euro-centric dictatorship of Porfirio Diaz.

Read the full article...
A Single, Overlooked Recording Opens a World of Music Read the full article...
Store Stickers: Windows on a Lost Way of Life A true record collector is more than a mere music aficionado. Collectors are also part historians, part archivists, part treasure hunters, and part detectives. They look at records like archeological artifacts, analyzing them for clues to a particular culture and way of life, in a specific time and place.

Even the common price sticker, for example, can offer a tantalizing glimpse into the life of a record, especially one that keeps circulating, passed lovingly (one hopes) from hand to hand. It tells you where that record made a stop on its road from manufacturer to market. And it allows you to imagine the details of that retail sojourn. Read the full article...
Coronavirus Corridos: Tales of the Pandemic The coronavirus pandemic has all the makings of a corrido, the historic narrative ballad of Mexico. The public health crisis has brought fear, death, tragedy, and social conflict – all of which have been subjects of this song form since before the Mexican Revolution.

Read the full article...
Featured Song: 'Perfidia' and the Transcendent Beauty of the Bolero

“Perfidia” has stood as one of the most cherished and enduring songs in the Latin American songbook. Composed more than 80 years ago by Mexico’s Alberto Dominguez, it is enshrined as one of those timeless standards that continues to inspire artists and resonate with music lovers, young and old.

Recently, I heard the song’s memorable melody which watching a new movie on Netflix, the Spanish film Vivir Dos Veces (2019), by Barcelona-born director Maria Ripoll. The movie is about an aging math professor named Emilio, a lonely widower who finds himself sinking into the terrifying early stages of dementia. It explores how he and his small family, a take-charge daughter and precocious granddaughter, handle the crisis.

Read the full article...
The Legacy of a Music Lover: Six Decades of Collecting Records and Preserving Culture There was a warm, cheerful spirit this past November in a San Francisco club called The Chapel during the Second Annual Arhoolie Awards and Benefit Concert, a spirit that was instantly enveloping.

Read the full article...
'La Golondrina': A Song that Soars Across Centuries and Crosses Cultures During the funeral services of Mexico’s beloved pop singer José José this month, a tune was played that surely touched the hearts of most Mexicans, especially those watching from afar. The song is titled “La Golondrina” (The Swallow), a veritable hymn that for more than a century has added a note of nostalgia to moments of loss, departure, and exile.

Read the full article...
The Peerless Discography: A Labor of Love Part of the frustration of building a musical archive like the Frontera Collection is the lack of reliable and readily available information for every recording. Key data – such as release dates, accompaniment, musician credits, and studio locations – is often missing or simply beyond the reach of researchers. Read the full article...
Featured Song: Romance and Revolution in “Sabor a Mí” Among acculturated Mexican Americans, only a handful of Mexican songs have managed to gain wide popularity and a special cultural significance on this side of the border. A few become iconic songs, with lyrics and melodies memorized by the children and grandchildren of immigrants.